A downloadable CTV for Windows 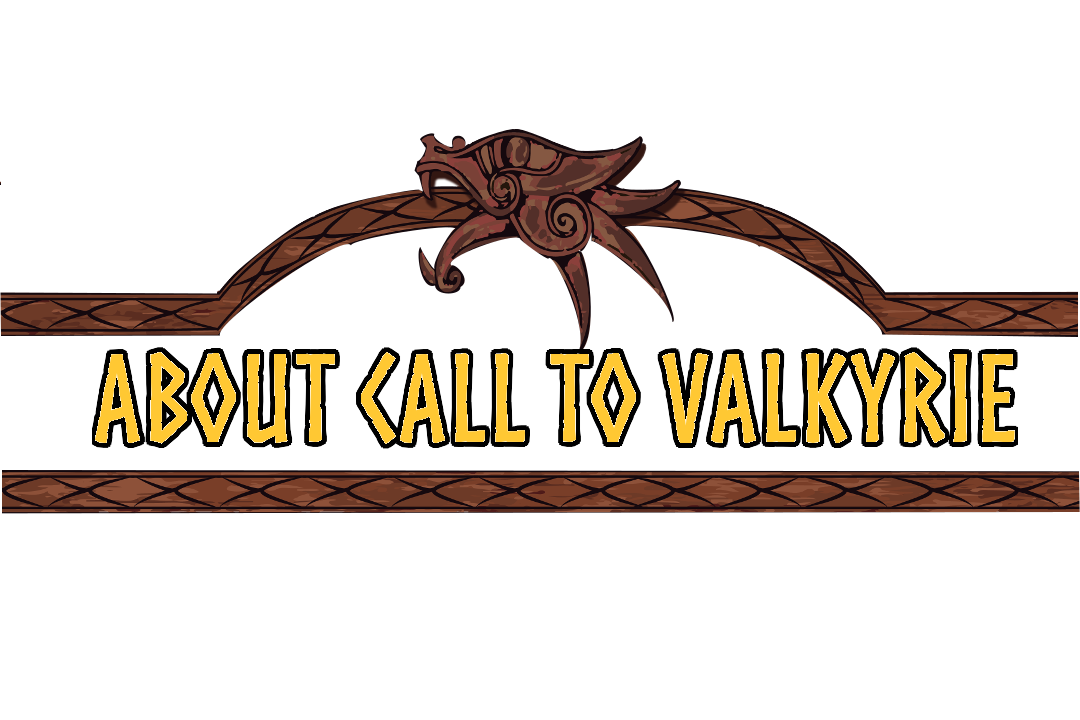 Call to Valkyrie is a viking-themed squad-based RTS set in the late 9th century Western Europe where the great heathen army had started their raids on the kingdoms of Britannia.

This is the Pre-Alpha  version 0.6. A fully playable first level of the game with most of the core mechanics and updated graphics.

In the last version, we had a lot of complains about the locked camera feature. So we replaced it with a standard free roaming camera and a fog of war system that doesn't leave an area revealed unless you have units or settlements present in said area. 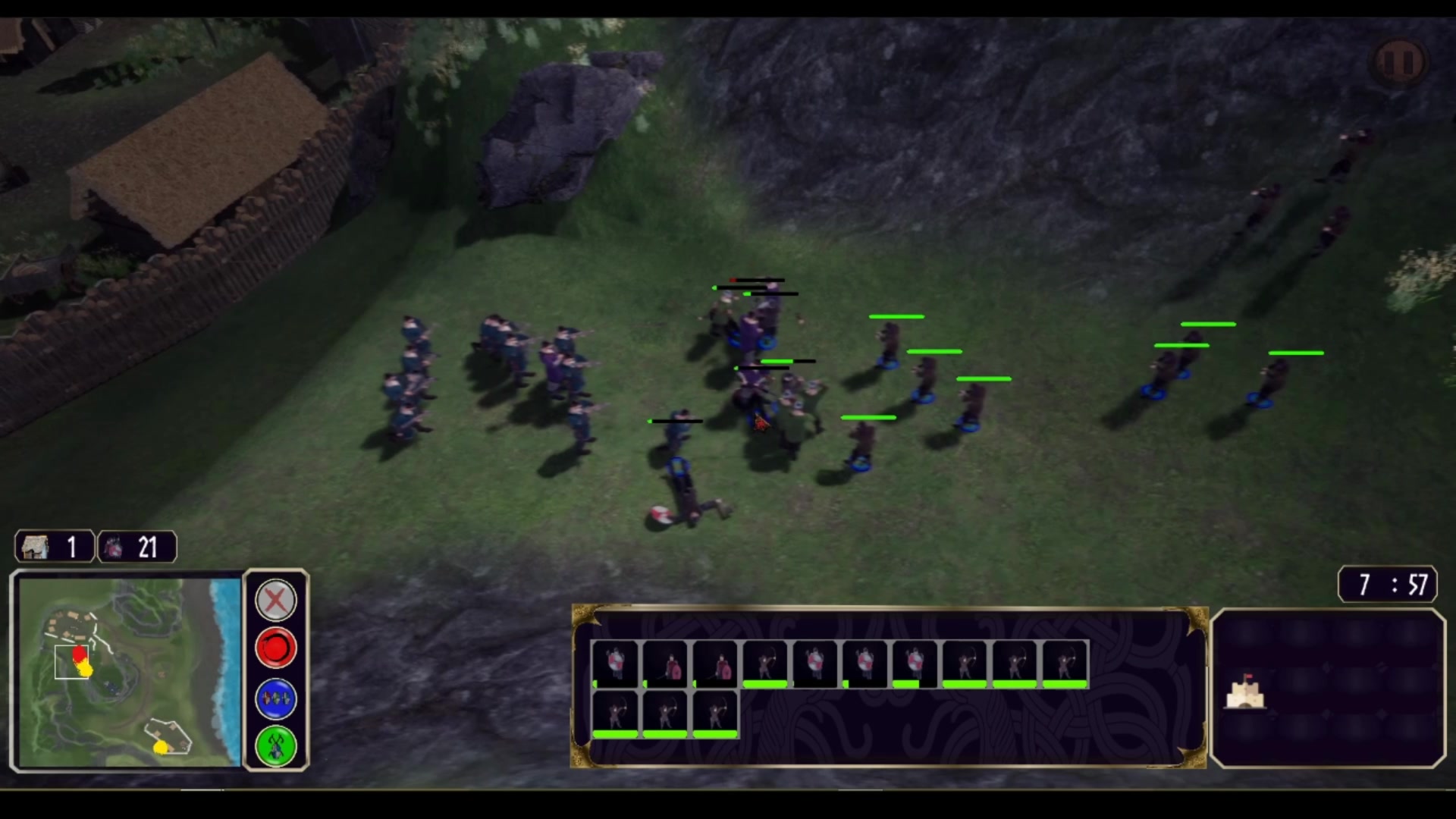 Again, as a Viking invader, you are not expected to build a base in a foreign land, you have to stay mobile and agile. However, you can raid smaller villages and farms and occupy them. Once you do that, you can use the occupied settlement to heal your wounded units and recruit peasants as new units to grow your army. 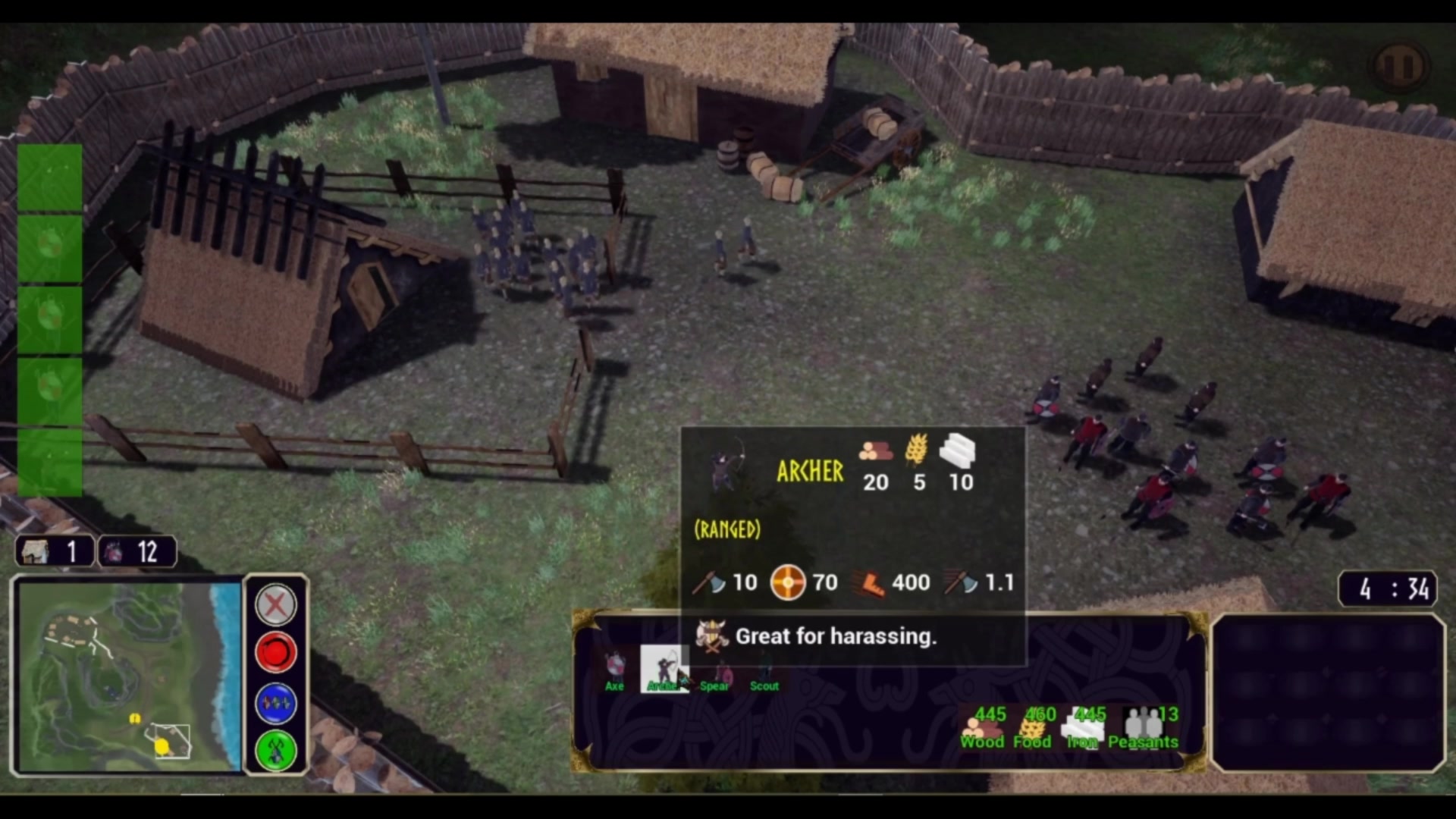 The game lets you use different and authentic military tactics used by the vikings  to outsmart their enemies. These tactics will redefine the AI for the selected units and let them behave differently in battle. 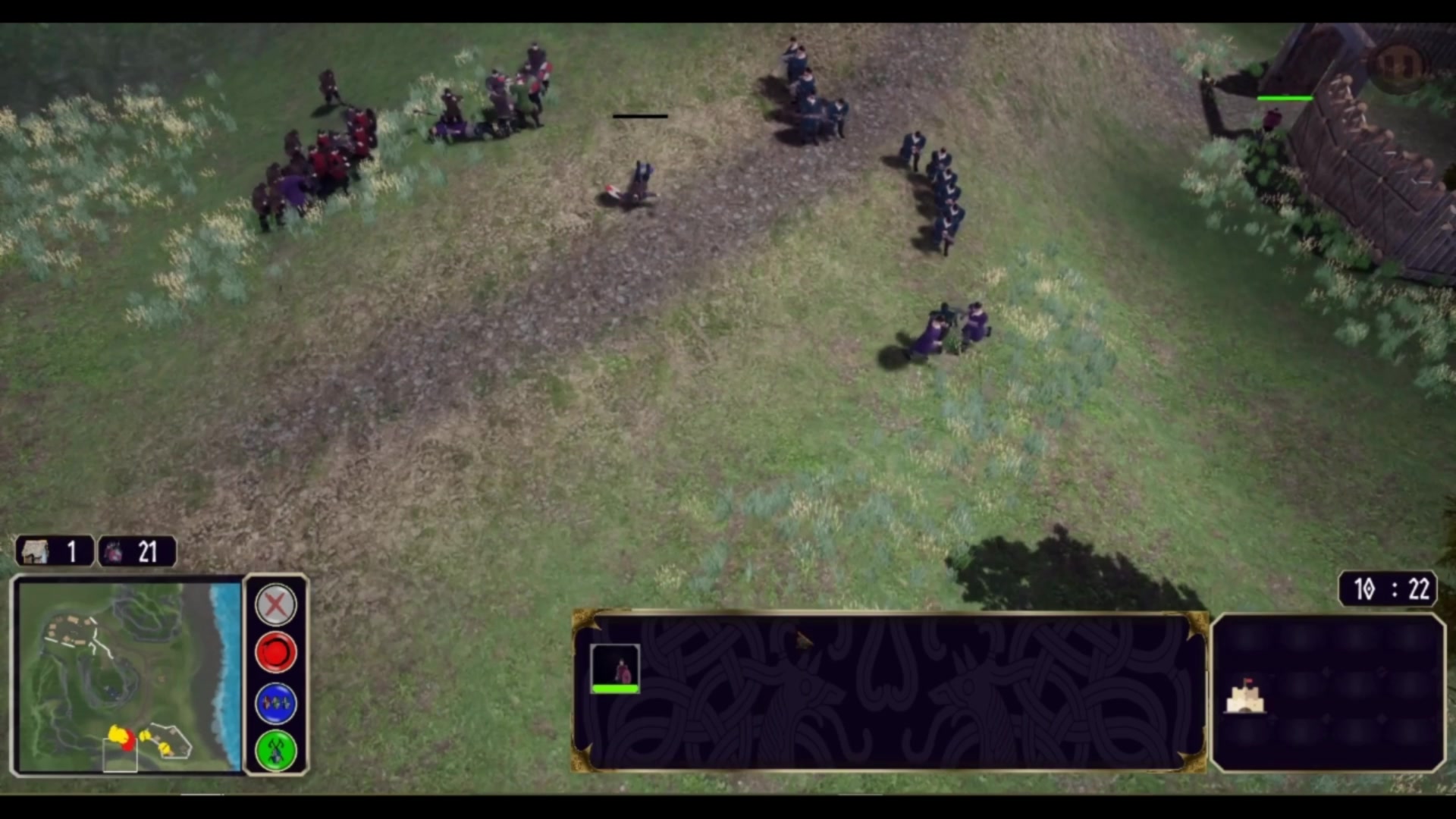 Since we have a set of original mechanics, players have been struggling a bit with figuring out the controls or unlocking the full potential of the game. So we decided to add a dedicated tutorial level that should get new players familiar with the game. 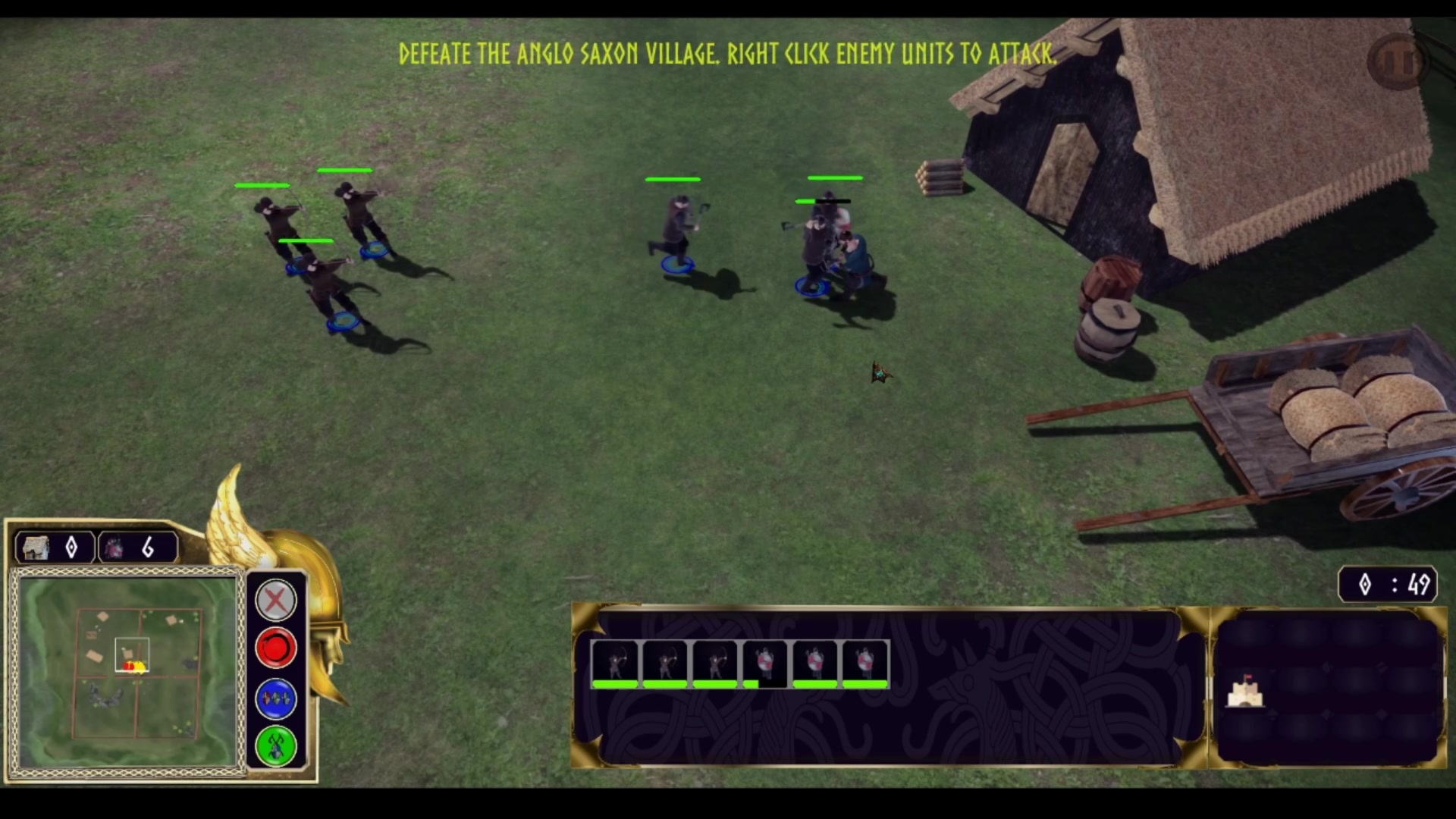 We are hosting live quests on our discord  that lets you tackle the game differently and unfold its secrets . Be sure to join us to be able to climb up the ranks and become a real Viking leader. 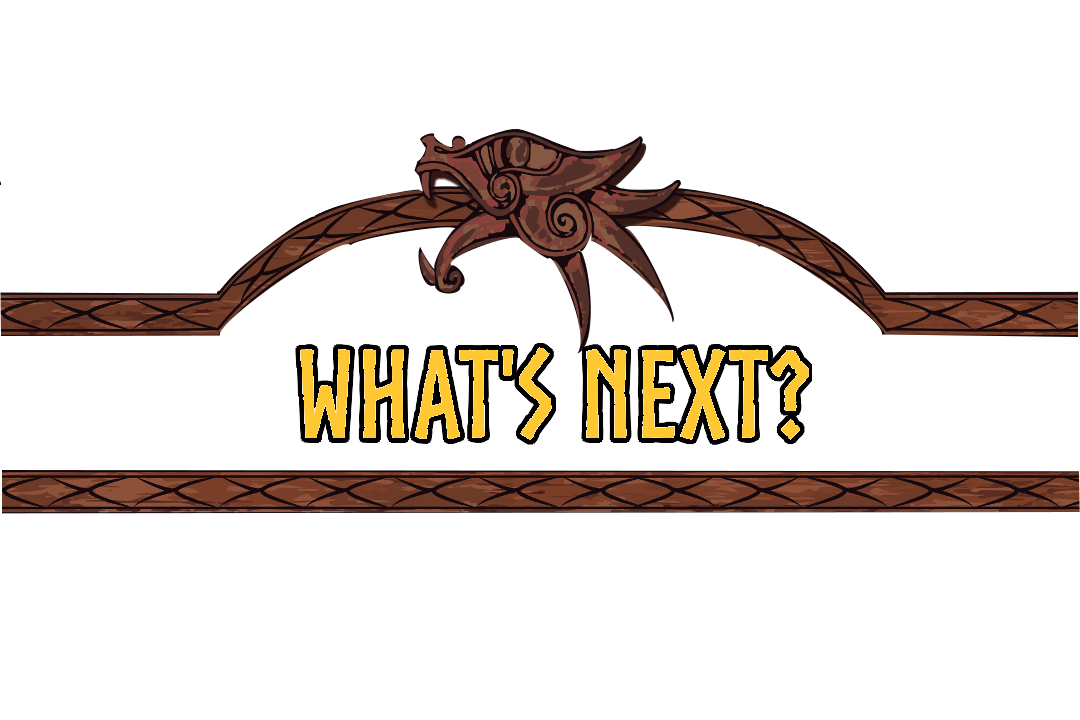 Complete Story with its Cut scenes

After Ragnar Lodbrok's execution by the Northumbrians. Ivar the boneless, along with his three brothers, set out on a campaign to avenge their fallen father.

The game is planned to feature the whole campaign of conquering the kingdom of Northumbria starting at EDINBURGH and going all the way to unfold the dramatic outcome of this bloody path. 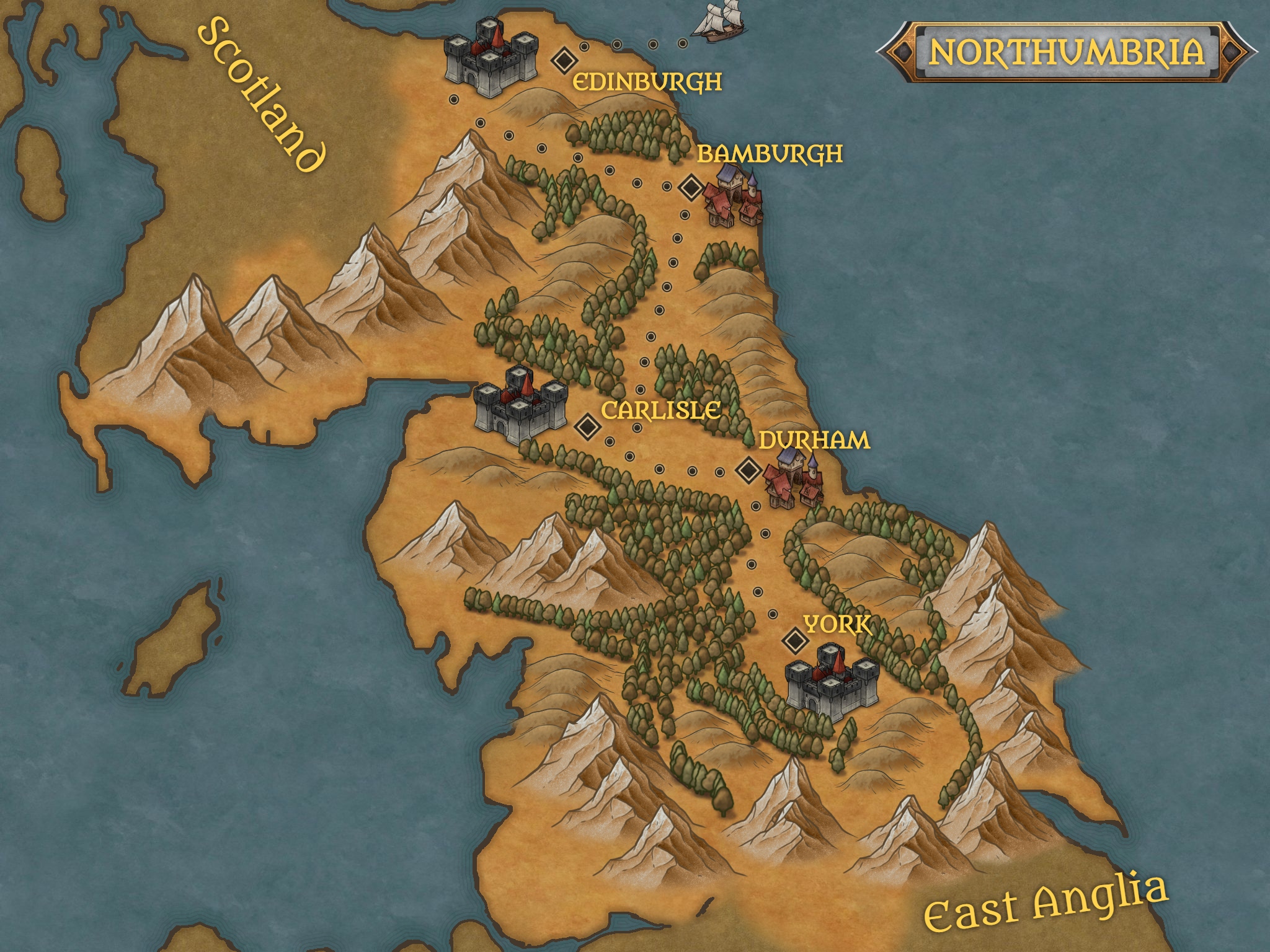 We are planning to add champions (Ivar the boneless, Bjorn Ironside, Olaf the white) as well as Anglo Saxons champions (Alfred, Etherald, Redwulf, and others)  to spice things up. Those units will have their own skills and AI behavior that will let them stand out from other units. They can be selected from anywhere on the map as well.

Since this is a campaign / story driven game with no multiplayer side to it. We are building an AI system that is always trying to outsmart the player by actually playing the game instead of just walking it by buffing up.

The current AI featured in the Demo is only 40% of the complete system. The aforementioned complete system is designed to be hard but fair as follows:

among other features. We are doing our best to implement this system in the best way possible.

I love the premise, aesthetic and mechanical depth of this strategy game!

My pc is too slow to properly play but I like the idea of the game, and i think you should go the extra mile with the locked camera feature. I'm confident you will make it work

Very happy to hear that. This surely motivates us to go all the way.

Have you joined our discord yet? Would like to connect with you more

Yes i joined a minute ago as beerFootBandit. Thanks for the invite!

I like what I've seen and experienced so far, and I think that there's potential with this game.

I feel that the men move and attack a bit too slow, and I feel the enemies are a bit too strong.

The game does at least encourage me to split the group up and send different squads of people to different positions rather than just, sending them forward, in order to flank the enemy, and even split them up so that they don't overwhelm your troops, as an RTS should. I've tried the game again with changed up approaches, and predictably, sending the men straight forward into the crowd of enemies resulted in their demise and our defeat, so the game does make me think about my next move, as an RTS should.

Sometimes I get a fatal error when I order my men to attack outside the town/village area.

I don't like the idea of the restricted camera though, I think the camera should be a more free to move one.

You mentioned that the visuals are place holder, that you're going to be hiring artists for designing at some point, I'm glad to hear that.

The voice acting is alright, not the best I've heard, not the worst.

The alpha was on the short side though, so having a more informed opinion on it proved to be difficult for me as a result. I do wish there was more, though as you stated, this was simply to demonstrate things.

I'm looking forward to another version being released though.

Thank you for your insightful feedback. We've taken into consideration all of the bugs and have wrote a brief blog about what we plan to do on the next version here 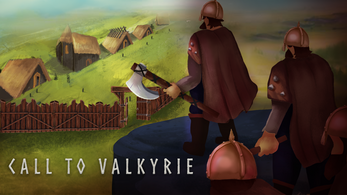 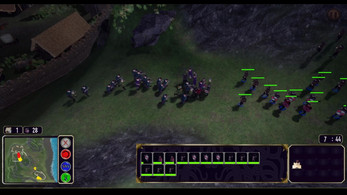 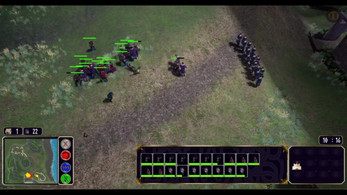 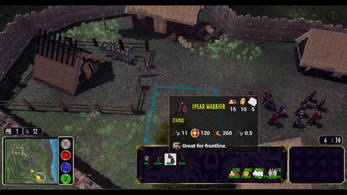